For the past several months, I have been trying to post a something after Tuesday night's track workout. This week, you'll notice, the Tuesday/Wednesday post is a little late. In truth, I haven't been able to figure out what to write, or even if I did know what to write about, I wasn't sure that I had it in me this week to write anything that would be funny or thoughtful or even slightly entertaining due to the elephant in the room–the topic that I won't write about, but has consumed the majority of my thinking this week, and this has made it difficult to write about anything else... But since the majority of my readership of 12 doesn't want to read about that topic anyway, I won't be writing about IT...and for those (if there are any of those) who don't know what I'm talking about and are saying "huh????", I apologize, except to say that we've had a tough time at school this week due to a colleague's really very bad choice and it's been difficult and horrible to see my closest friends be in pain due to that choice, which has made it difficult to write and that's why I haven't.

But that IS all I'll say about that.

So...what to write about...what to write about... Luckily, I've discovered that in the blogosphere, Thursday is known as "Love Thursday," which I'm sure has all sorts of connotations that we could have fun with, but since I was thinking that I needed something to make us happy, I thought I'd post a couple of pictures from these past 6 months of training that I just LOOOOVVVVVE! 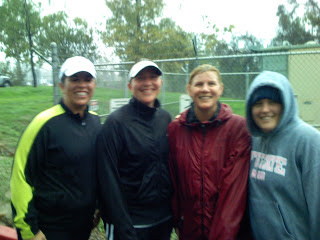 First Day of Training...Do you remember the rain-run (as opposed to the Train Run). Do you remember how difficult it was to run 3 miles that morning? 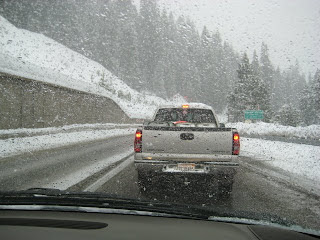 Not a running photo...but I think a bunch of us know why I took this picture on the long ride to the Reno Airport from Momma's cabin (just too late to get the real road-side action!) 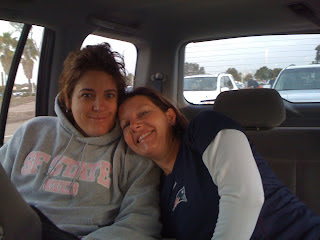 More love from before the SuperRun! 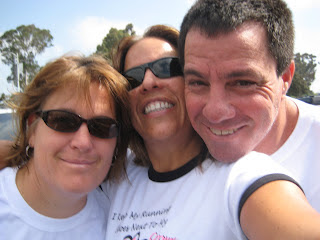 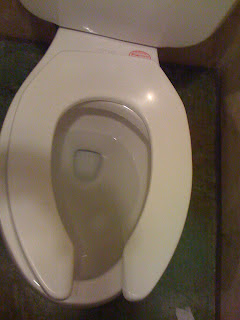 The scene of the crime...and the blogging catalyst

On a last note... about a week ago, another runner/blogger that I've been reading, who lives in Ottawa and is running her 1st marathon this weekend, wrote about how she's been sort of cranky during her tapering week and I'm wondering if any of you have been feeling rather cranky this week...oh wait, maybe we can't attribute our crankiness to the taper...it must be something else.

WE'RE RUNNING ONLY AN HOUR AND A HALF THIS WEEKEND. I do just LOOOOVVVVEEE to say that...

Alice
Seriously Submitted by Aka Alice at 8:45 AM