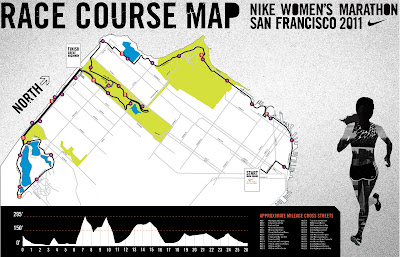 Which includes some of this ....

In fact, I think the hills will look more like this...

Therefore, it's really time to get the hill training on, so I convinced Betty to come run with me last night in my 'hood...3.5 lovely miles of rolling SoCal hilly-ness.

Can I offer some stats about the ugliness of the run? How about this?
Overall suck-fest numbers?
I'm ready to blame it on the heat. GAH!

In other running news that is almost completely unrelated to hills and/or hill training, Elsie, Betty and I will be running at The End of Summer Fire Run, which looks like it's now called The Fire Run this Sunday at 8am. The race starts in La Jolla and ends in Pacific Beach...four miles of flat downhillishness.


** Also...BIG HUGS, HIGH FIVES, AND CONGRATS to all my friends who ran AFC this past weekend. Irene, Rich...you rocked 6th Avenue!


***Also MEGA SHOUT OUTS to the Nuun Hood to Coast team (who includes my friend Lisa, who I guess will be TOO BUSY to run the Fire Run with us this weekend. I'll be following you anyway. Have fun!

Seriously Submitted by Aka Alice at 9:33 PM