As I've written several times recently. I grew up in Reno, so I grew up skiing (LOTS) and every winter I do miss the snow and skiing ...not enough to move back there and have to live with it, but enough...

Therefore, because Walter and I such a great parents, we took our kids out of school yesterday (after being back ONE FULL DAY) to go skiing. We did this to avoid the holiday crowds (and the holiday prices!) We went to a little resort called Snow Valley. We sometimes call it Dirt Valley, because the first year we went there, there was snow only on the very center of the runs...all man made snow at that...and you really had to watch out for all the dirt (skis don't slide so well on dirt)...Ahhhh...such is life when you ski in SoCal.

Yesterday it was cold, but sunny and there was plenty of (mostly man made) snow. 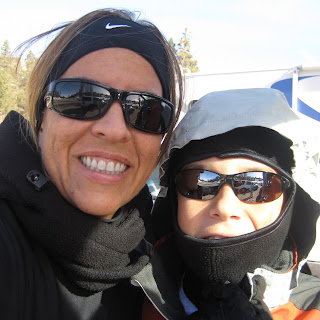 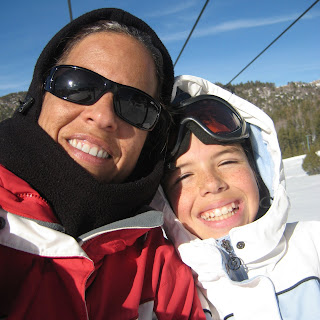 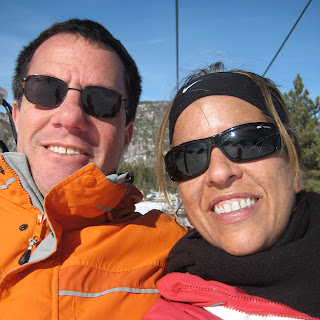 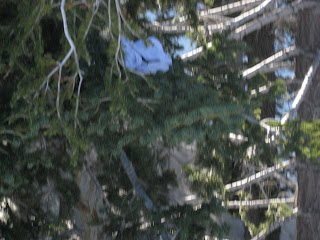 That white spot isn't snow; it's underwear. I took this picture from the lift. HTF does underwear get into a tree? 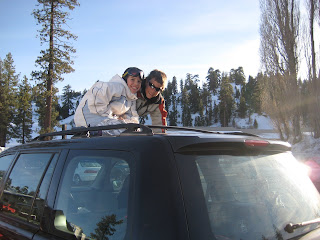 DramaGirl and Turbo on top of the car at the end of the day (see...no dirt in the background...plenty of snow).

OK...that's close to wordless for me...
Seriously Submitted by Aka Alice at 9:57 AM