Deene made a comment a few days back that maybe I should try some cross training (since I was whining about my general lack of motivation for running), so yesterday we started off the year with a family hike up Cowles Mountain. It was a pretty good climb. I wore my Garmin, which reports that the trail was 1.5 miles up, and 1.5 miles down, and about 1000 feet (ascent and descent)...whew!

Now, I'm not much of a hiker. This is probably due to my incredibly-out-of-shape past, thus DramaGirl and Turbo are not much into hiking either, but we had a wonderful day. So, at the risk of alienating those of you who are in cold places, I'm going to post a few pix from the day AND I'm going to remember to post a comment on NikeMom's website (which I forgot to do last time...details, ah the details!) 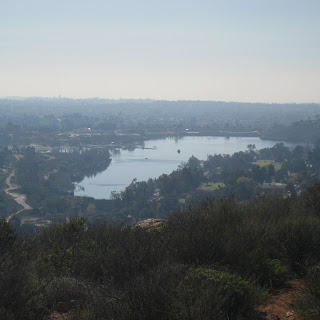 Another view of Lake BP 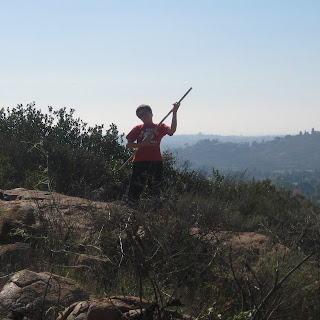 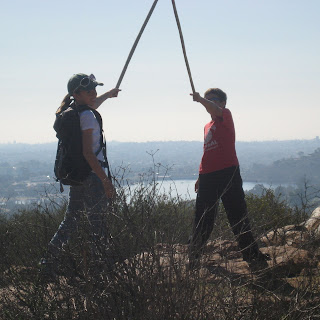 DramaGirl and Turbo reinact a Star Wars Scene (what else would a brother/sister team do with sticks in their hands?) 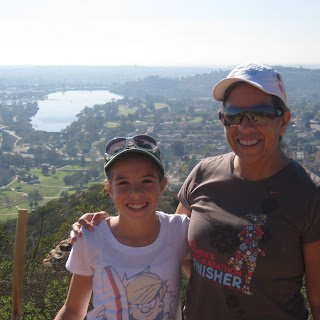 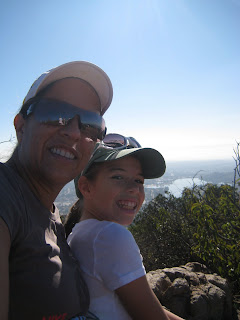 We made it to the top
Some comments about the hike:
So, I do think I'll be adding in the occassional hike as part of my new cross-training program. It was nice to get out there with the family and a nice way to start the new year.
Seriously Submitted by Aka Alice at 9:34 AM