Shhhh....there's a football game on

There's a football game on right now...but since we're not really hosting an event, I'm not paying much attention...although I am guessing by the sound level in the house that the Chargers are not winning. *

That being said, I am having a nice glass of wine right now anyway.

It's been quite a weekend. Here are the bullet points. 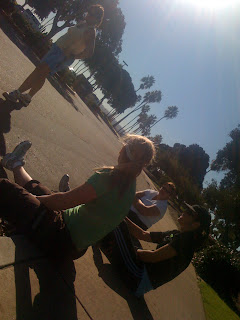 After the run, Alberta (in green), Mik (in black), and Betty (standing) recover by sitting on the curb. Alberta's sister joined us. 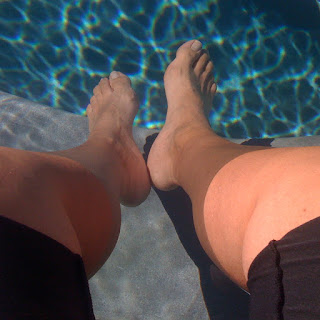 It may look nice, but that water was cooooooooooold!
* I reserve the right to change this part of my post at some point if this fact changes before I hit "publish post."

Seriously Submitted by Aka Alice at 3:57 PM